The official Ceremony of Awarding the Honorary Degree for the former Vice-Chancellor, Senior Professor Most Ven. Dr. Gallelle Sumanasiri

Senior Professor, the Most Ven. Dr. Gallalle Sumanasiri Nayake Thero who had been rendered an outstanding service as the Vice-Chancellor of Buddhist and Pali University of Sri Lanka and took remarkable steps to place the university in a higher standard was awarded the Honourary Degree, Aggamahāpaṇḍita Saddhammajotikadhaja by the State of Myanmar in January, 2021 and it was offered by His Excellency the Ambassador, Han Thu on 29 th of December, 2021 at the Main Auditorium of the Buddhist and Pali University of Sri Lanka. 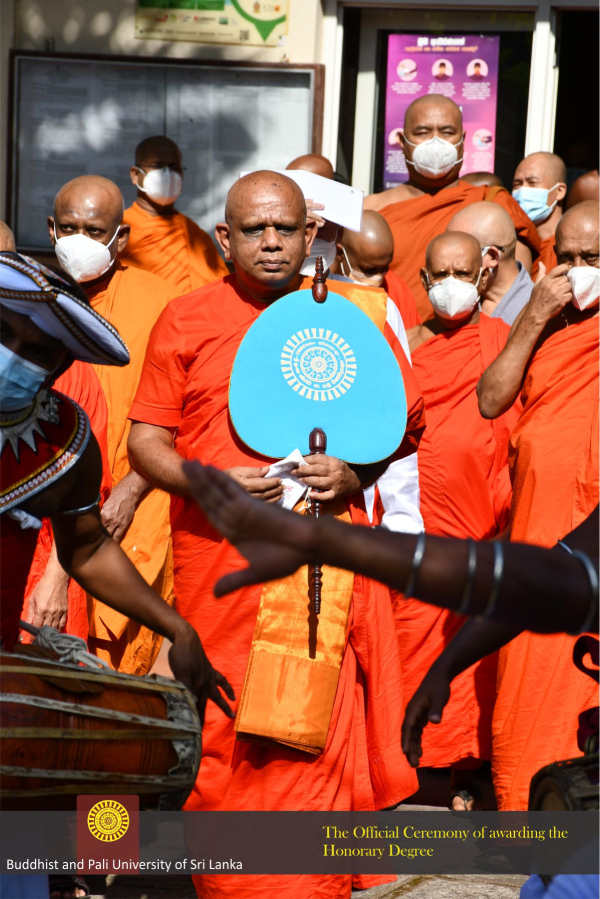 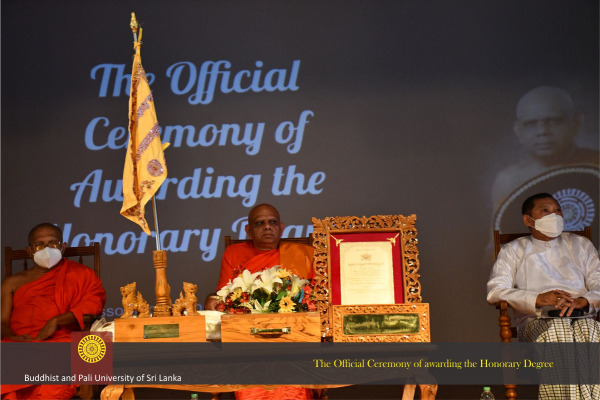 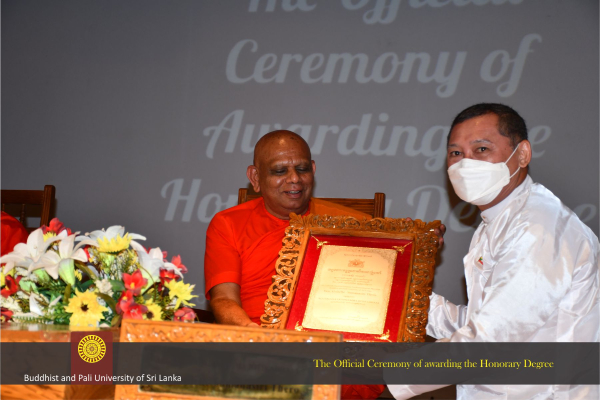